In Part 1 and Part 2 of this series of blogs on machine vision optics, we covered a range of parameters that contribute to overall image quality. We also took a fundamental look at MTF charts and how they work.

In this week’s blog we will be continuing with machine vision optics, exploring various aberrations and distortion, and highlighting these critical concepts to consider when deciding on lenses for machine vision systems.

It is essential that vision system designers and integrators consider all the possible ways that light can be distorted through a lens. Without this foresight, you could be wasting money on a lens that is not optimised for the camera it is screwed onto, despite it being high quality.

In as early as 1857, five key types of lens aberrations were defined: field curvature, spherical aberration, astigmatism, distortion, and coma. Naturally, colour imaging was not around at this point (although it would be a mere four years later in 1861), so these types of aberrations only applied to monochromatic images. Since then, a further two types have been identified, being axial and lateral chromatic aberrations, which can also arise when imaging with polychromatic light.

In simple terms, field curvature (also known as Petzval field curvature) is a very common issue in optics that causes the target object in within a field of view to appear sharp only in certain parts of the frame, instead of the entire object appearing uniformly sharp. 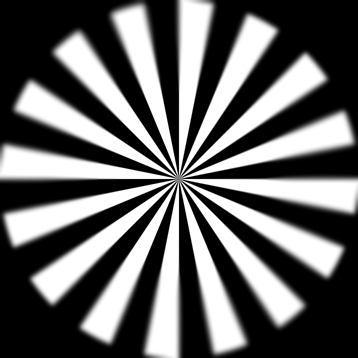 This image represents a Siemen’s star spoke target shot through a lens displaying the field curvature aberration. As you can see, despite being a flat image, the edges are blurred and out of focus, whilst the centre of the image is sharper and displays better contrast.

The name of this aberration is due to the depth of field itself being curved. Thinking about this concept from a plan perspective can help understand it in practice:

Which Lenses Suffer from Field Curvature?

The short answer is most, if not all. Every lens will produce an image with a certain degree of field curvature, but as expected, higher quality lenses will generally display far less field curvature than cheaper ones. The best way to check this is to look at MTF charts for a given lens, paying attention to the specific sensor used to chart the data, as this will usually be an optimal sensor for the lens.

Spherical aberrations usually occur in older and poorer quality lenses. What happens is that light rays passing through the horizontal axis of a lens converge in different points depending on whether they are nearer the centre or the periphery of the field of view after they have passed through the lens.

A perfect lens displaying no spherical aberration would allow all the rays to converge in the same focal point.

Many modern lenses utilise differently shaped glass elements, such as aspherical lenses. This shape of glass is designed to correct light rays in order to reduce refraction and guide light rays to converge in the same focal point, thus reducing spherical aberration.

Astigmatism is similar to field curvature in that it affects corner-to-corner sharpness, with sharper areas typically present in the centre of the frame. The difference is that astigmatism will also impact magnification across the frame, so these areas will usually have even less clarity than field curvature alone.

There are two key types of geometric distortion to consider in machine vision optics: optical distortion and perspective distortion.

Optical distortion is a result of the physical makeup or optical design of lenses, whereas perspective distortion is to do with the positioning of the target object relative to where the camera is. For example, a very close working distance can make objects appear larger than they are; this is usually directly impacted by focal length (mm).

Pincushion distortion happens when the field of view of the lens is narrower than the image sensor size. Magnification increases at the corners of the frame, pushing in the edges and warping straight lines in the image.

Conversely, barrel distortion occurs when the field of view of the lens is wider than image sensor size. This results in straight lines curving inwards, and the corners of objects being softened towards the frame’s periphery.

Moustache distortion is widely accepted as the most challenging and difficult type of optical distortion to deal with. This is because it displays elements of both pincushion and optical distortion. Trying to adjust the image in post-processing for either barrel or pincushion distortion can amplify the other. If you are experiencing issues with a lens and would like to speak to one of our machine vision experts, feel free to contact us.

There are two types of chromatic aberration: axial and lateral.

Axial chromatic aberrations are caused by differences in the length of particular wavelengths of light.

This aberration results in clouded colours both behind and in front of the focus position. This variation is down to the fact that each colour has a different focal point. Axial chromatic aberrations are more noticeable at the edges and corners of an image where the brightness is higher than normal.

Lateral chromatic aberrations are when different wavelengths of light are magnified to different degrees, which appear as if the fine details on the image are blurred in opposing colours either side of the features themselves; this can be seen in the red and cyan fringing in the image below.

The above image has been exaggerated to show more clearly the different defects in image quality. Chromatic aberration is seen more often in the edges and corners of frames, usually in wide-aperture lenses, and as this error only occurs in colour cameras, many users think that this unwanted effect is due to the camera; in actual fact, this aberration is caused by the lens.

How to Reduce or Eliminate Aberrations in your Image

Often, there are base levels of aberrations experienced by most lenses, as it is currently nearly impossible to manufacture a ‘perfect’ lens that perceives light exactly as it physically exists. Field curvature, aspherical aberrations, and chromatic aberrations are hard to avoid, but possible to reduce. The best way of achieving this is ‘stopping down’, otherwise known as reducing the aperture on the lens.

The aperture blades inside a lens will block out the outer edges of spherical lenses. By simply reducing the amount of light passing through the lens, the potential for aberrations and distortion is reduced. However, this comes at the cost of exposure and contrast, so it is important to balance the scales when adjusting aperture.

Be sure to check our Lenses and Cameras pages for the best machine vision products on the market from industry leading brands such as Kowa, VST, Computar, Tamron, and Theia. 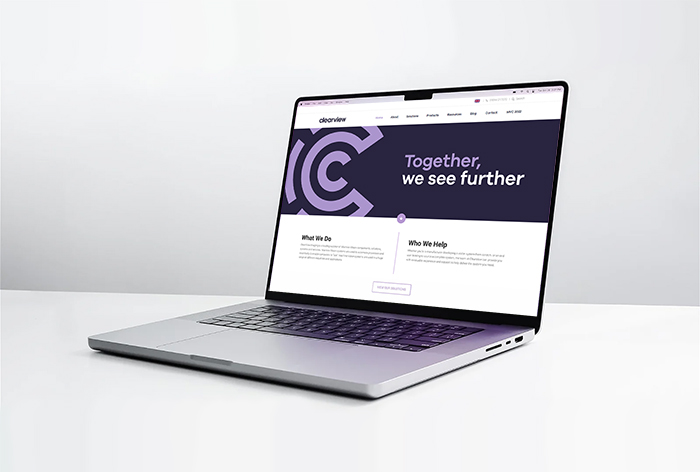